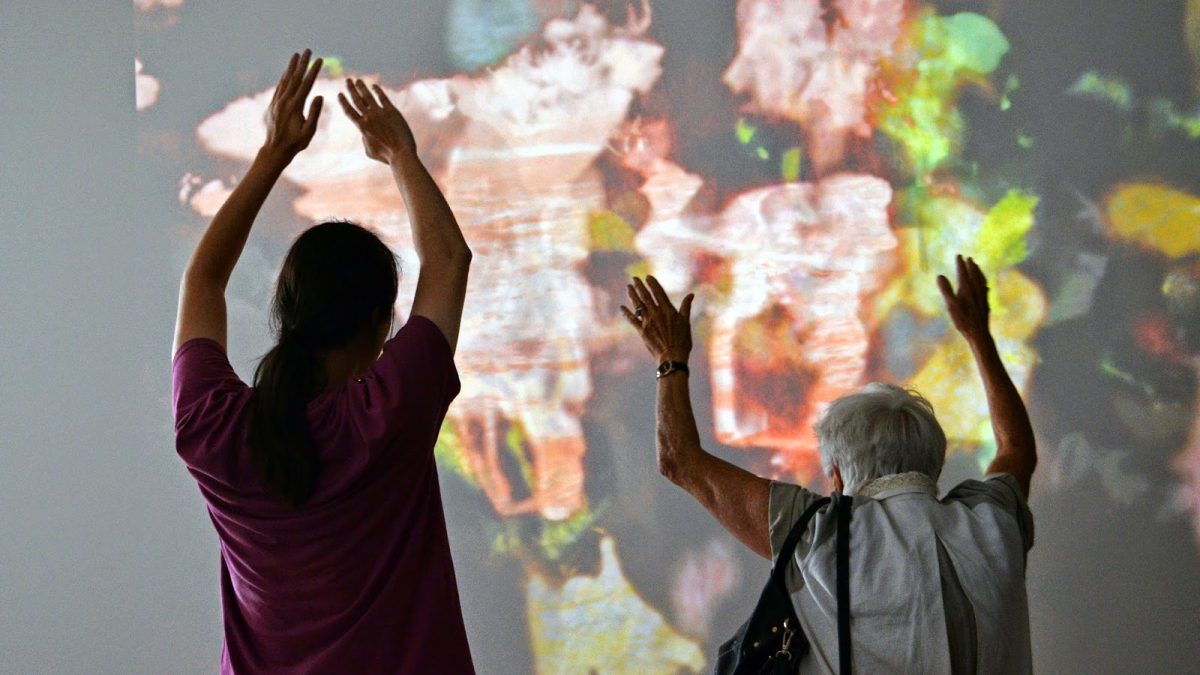 The measure of the possible

LA DEMESURE DU POSSIBLE is a sensitive and reactive work to the movements of the spectators.

In 2013, Art dans la Cité wished to develop a digital, interactive and innovative creation specifically for the reception and stay of elderly people in care institutions. The specifications were precise: “To develop an interactive, ergonomic and multi-sensory digital creation for the elderly person and the patient in follow-up care. Its objective: to keep the patient active by stimulating his senses, opening a window to the outside world, providing recreational activities that stimulate memory and cognitive functions and break isolation by creating social bonds.

The chosen device, by the artist-engineer Fred Périé, is based on the capture of the patients’ movement. A camera records movements and gestures in real time, a computer filter selects the moving body parts and transforms them into a pictorial object projected on a large scale. The movement of the patients present in the interaction space will transform the painting according to two temporalities: the present moment, the time of the interaction during which the movement, even the smallest, is inscribed in the painting with the appearance of an immediately perceptible moving form. In the long term, a trace of the interaction will remain for a long time and will be gradually transformed. The successive interactions will enrich the painting with new forms. It is a living work where the present moment generates and modifies the memory. The immediate and playful participation of the elderly will inscribe on the painting a labile trace, a fleeting memory, which will then consolidate and slowly mature. Each new memory will enrich the palette of memory. The elderly will be both creators of the work and spectators, they will be outside and inside the painting, painters and models, bodies and minds. La démesure du possible is composed of a video projector, a camera, a computer and software as well as a remote screen.

An essential dimension of the project lies in the change of scale between the patient’s body and the image being made. For someone whose mobility is diminished, it is important to see that even a tiny movement can translate into a large one. Furthermore, while the body may appear devalued, the patient is invited to contribute with it to a beautiful form. Beyond its symbolic dimensions, the project is also a collective work, each one contributing according to his physical means of the moment, but with the desire of a harmony represented in the image. Thus of the immoderation and the pictoriality.

The device is made up of twenty quite different interactive paintings which follow one another at random intervals generally less than a minute. The order of the paintings is randomly reset when the series has been entirely run through. In the reception area: A screen located in a space accessible to the public broadcasts the work live and thus testifies to the interactions and transformations they induce. This screen allows a contemplation of the living work.

Journal de bord
The film of the project
Share 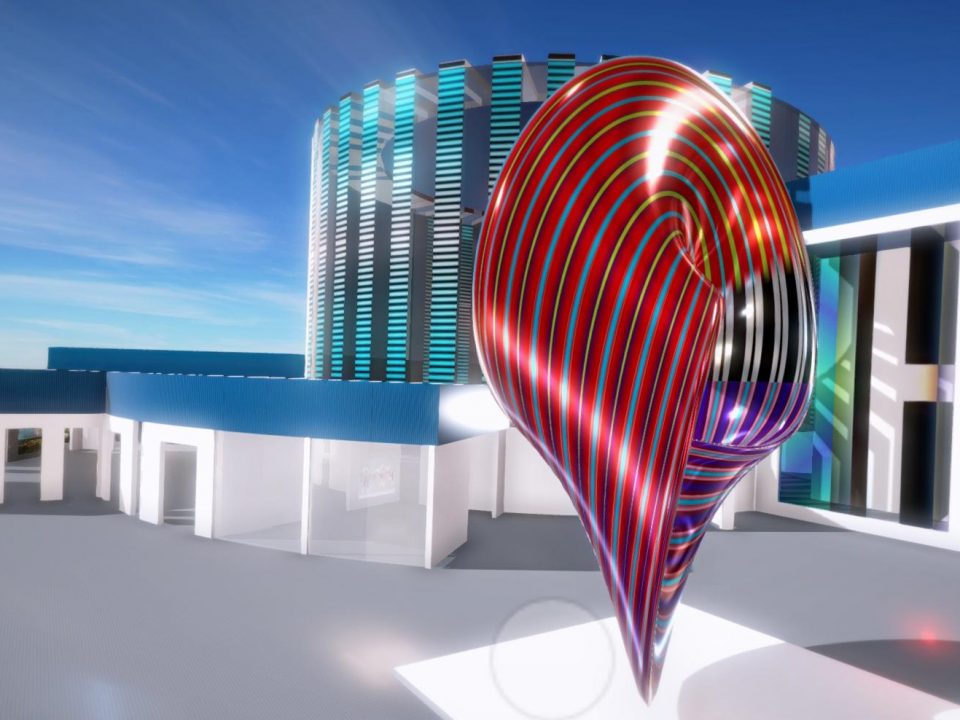 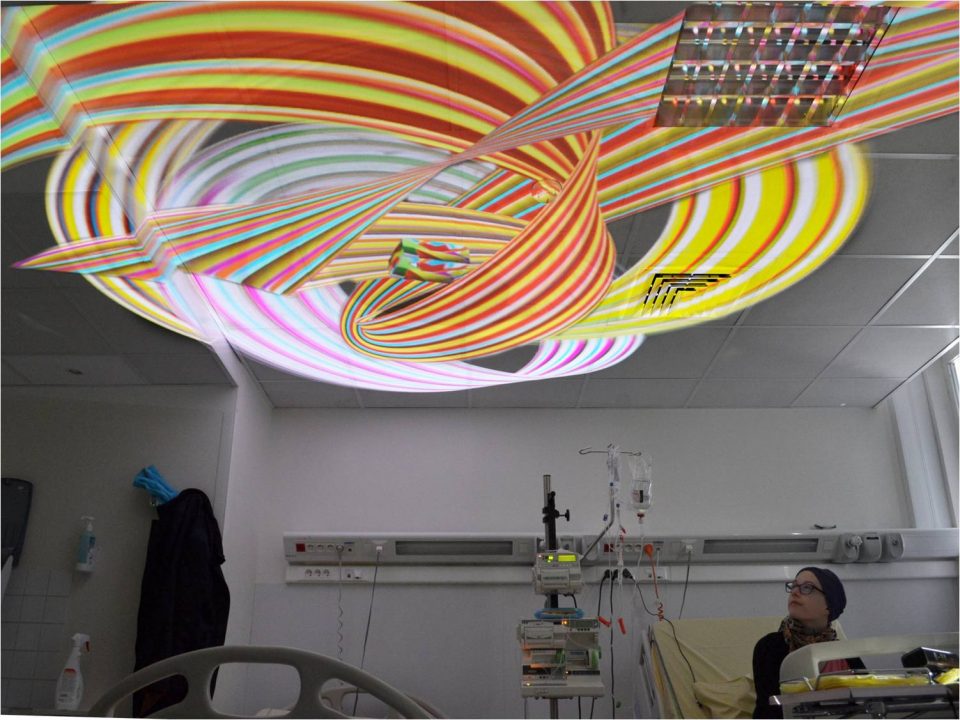 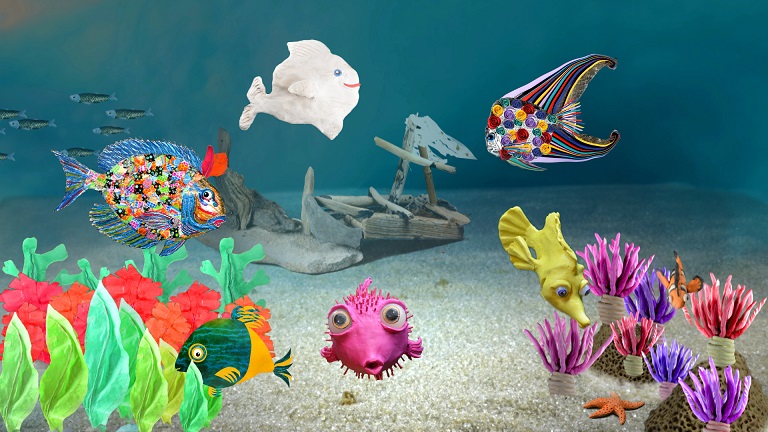